On October 3, 2012 at the Hotel Boscolo Prague there was held the first annual CFO Congress. Blue Events in cooperation with the publisher Economia took the challenge to organize a meeting for CFOs. The aim of the congress was to respond to the need of CFOs who have called for a long time for a professional event that would offer an informal space for meetings and sharing of practical experience. The first just passed annual congress titled One day in the life of the CFO testifies about the great interest of CFOs, there gathered more than 150 financial directors and players of the financial community. 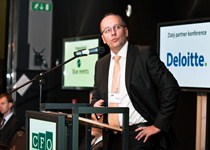 The first block of Congress Priorities of CFO today, offered practical advices and recommendation of the most competent - CFOs. Who would have expected austere numbers and unimaginative plots, he would be forthcoming. Since the beginning of the conference it was clear that the image of financial director as a "gray person holding dossiers of analyzes" is no longer valid. Conversely, during the congress it was heard several times that today's financial director must combine several skills. Martin Tesař, Partner at Deloitte Audit, pointed to the mistakes CFOs should avoid. The frequent abuses include not considering the total costs of deliveries from suppliers, underestimating the situation and motivation in the team, revaluation of outsourcing, inaccurate orientation in IT solutions or underestimation of communication across the company. Acoording to Tesař the key CFO’s skill is balanced approach to all the challenges that today's CFO are facing. Jiří Nosek, Sector Leader finacial Services & amp; Digital Technology from GfK spoke about the role of CFO in connection with marketing. In today's situation, when the crisis moved from customers' wallets into their minds also, it is very important for the CFO to have an overview of how consumer behavior is changing. "CFO should be an accountant by training and marketer by instinct," he emphasized. 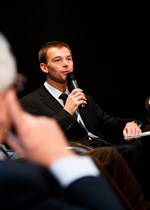 The discussion on the priorities of CFOs today was launched by Luke Cyrankowski, Division Director of Comperio, who first stated the need to build a quality team, whose members are substitutable. It is important that the CFO is active, interested in all parts of the company and communicates adequately and comprehensively. Also Karel Soukeník, CFO Raiffeisenbank believes in the need of clear communication throughout the company. He also drew attention to risky situations in which a company can get into due to underestimation of certain factors. Specifically, he spoke about exchange rate risks, insufficient cash flow planning and importance of stress testing. According to Václav Sušeň, consultant and ex-CFO of Bochemie Group it is crucial to assess the situation at the system level, clearly set goals and achieve them through employees and customers.

The second part of the Congress, News in key areas of work of the CFO, was devoted to practical aspects of everyday CFO’s work. Block objective was to share experience, proven tips and inspirational ideas that will make the CFOs’ working day easier and more efficient. Radovan Mužík, Managing Partner of the company Fleet Partners, informed about the possibility of efficient corporate fleet management. "Optimization based on indicators of cargo per 1 km of mobility can save up to 20% without compromising quality," he emphasized. 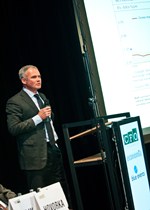 Radek Hovorka, CFO, IBM Czech Republic spoke about the importance of information systems in financial management. CFO doesn’t need to be an IT expert, but in identifying the costs of information solutions it is very important to include some items which are not given much attention to the balance sheet. These include energy consumption, rental price for the server space or the number of licenses. Jan Brázda, Managing Partner of Constellation, and Martin Klika of Egon Zehnder Int., discussed requirements and trends in the current labor market. Profile of successful finance director, in the current turbulent times, has achieved a significant shift. CFO is no longer seen as a mere guardian of figures and models, but as a partner of CEO and the Board. He is much more involved in strategic decision making, is oriented, communicates with shareholders and the public, he is creating his own brand. "Those who are able to adapt the best will survive," sums Brázda. "The successful CFO has an overview of the market where the company operates, is able to manage changes, has strategic thinking and focuses on results," says Klika. Pavel Křivonožka of Raiffeisenbank, presented the parts and the importance of treasury strategy that allows limiting volatility in times of uncertainty. While developing a strategy, it is important to understand the risks of the business model, set the strategy appropriately, determine the method of implementation and the method of evaluation. The second block was finished by Jan Spáčil, Partner at Deloitte Legal, who spoke about legal issues and the resulting responsibilities of CFO. For a CFO it is important to think in long term, be able to recognize when it is appropriate to invite experts and pay attention to the impending re-codification news. 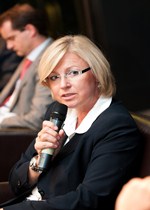 The afternoon program was launched by two parallel discussion workshops, which focused on challenges and roles of CFO in large and medium-sized companies. Block devoted to big companies was began by Luděk Niedermayer, director of Deloitte Consulting, looking at the development of Czech and world economy since 2008. Compared to other countries of Central Europe, the Czech Republic is struggling with slow growth, according to IMF forecasts this trend will deepen more. There is clear consensus among experts on the causes of slow growth, but increasingly the focus shifts to issues of fiscal consolidation, the stability of the environment, efficiency, transparency and the level of corruption. "The fundamental weakness of the EU is not economics but politics," he adds. Based on existing and projected development he is starting a discussion on the "playground for companies." The debate focuses on corporate governance in times of uncertainty, prospects for the near future, the role of CFO in the company and gaps and problematic spots of current settings. For Petr Veselý, the CFO of Zetor the most important is fiscal adjustment and fluctuations in currency exchange rates due to a pro-export character of the company. Helena Hostková, CFO Čepro, indicates the most acute problem a decreased ability of the state to effectively collect taxes, but at the same time draws attention to the impending amendment to the Act that would significantly tighten the fuels trade. In terms of future development CFOs agree on the necessary dose of caution, 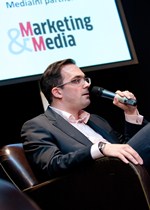 careful balance sheets and investment with quicker returns. Jan Bolek from DEK is skeptical about the next two years, and stresses the urgency of the search for alternative sources. Equally interesting is the insight of CFOs on personnel matters, an area that usually does not fall into the CFO’s domain. In wage policy Čepro reflects the situation in individual regions, Zetor offers retention programs to high-quality, skilled employees, and the company DEK uses a model that tests level of staffing market saturation prior to the opening of new branches. And what conceptual change for facilitating business would CFOs want? Helena Hostková speaks about greater law enforcement and tax compliance homework on the site of the state. Petr Veselý would wish to raise the prestige and level of Czech universities. Jan Bolek would like to see Czech environment more predictable. The request is followed by a collective prayer of CFOs in the hall - to know what taxes will be in 2013 at least three months in advance! 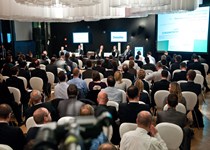 Block dedicated to mid-sized companies was launched by Martin Tesař, Partner, Deloitte Audit, with a summary of the most common challenges CFOs of medium-sized companies are facing. During the discussion panel Mrs. Ivana Bergerová from the company ZAT and Kateřina Švehlová of Scanservice and Mr. Aleš Doložílek from the company HENRY SCHEIN DENTAL, Paul Štraus for LAUFEN, Pavel Chýňava from LINET and Petr Nobst on behalf of PLEAS shared their experience, tips and advices. Discussed topics included eg. the area of team motivation, how the panel members deal with the volatility and risks arising from the current economic development, how to search for reserves in the company's activities and other topics. All present panelists agreed that the role of CFO nowadays extends beyond the area of finance and there is a need for active involvement of the CFO in running the company as a whole.

CFO Congress was concluded by announcement of the competition for the best financial team in 2012. In the first year of the competition there were registered more than 50 teams. The professional jury selected the winners in three categories: